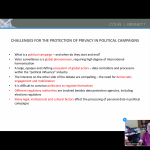 Together with Professor Colin J. Bennett from the University of Victoria (Canada) our research group hosted a two-day online workshop on the topic of Privacy and Data-Driven Elections. We know that privacy is important for democracy. Until recently, we have known relatively little about how privacy has been compromised by democracy – by the agents that seek to mobilize, engage and encourage us to vote – or not to vote. That situation has obviously changed, rapidly and dramatically. The publicity about the activities of Cambridge Analytica (CA) and the harvesting of Facebook data through third party applications have achieved extraordinary global prominence. Together with Professor Colin J. Bennett, co-author of the report „Privacy, Voter Surveillance and Democratic Engagement“ (PDF) we spoke about the macro-effects of data-driven elections and micro-targeting and how they have surfaced in different democratic countries. Aditionally we explored the various policy solutions for the regulation of data-driven elections protection, the various roles for advocates, NGOs and different national regulators and potential future research opportunities for social scientists and legal scholars.

Roberto Frega: Pragmatism and the Wide View of Democracy 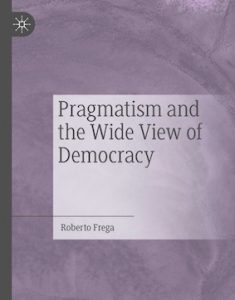 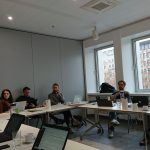 Nicolas Suzor: A new social contract for the digital age – the responsibilities of platforms 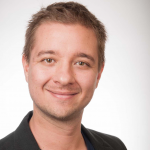 Rampant abuse, hate speech, censorship, bias, and disinformation – our Internet has problems. It is governed by technology companies – search engines, social media platforms, content hosts, and infrastructure providers – whose rules influence what we are allowed to see and say. These companies govern our digital environment, but they are also subject to pressure from governments and other powerful actors to censor and control the flow of information online. As governments around the world grapple with how to regulate digital media platforms, it’s clear that big changes are coming. We are now at a constitutional moment – an opportunity to rethink the basic rules of how the Internet is governed. Can we build a vibrant, diverse, and flourishing internet that can promote fundamental human rights? Nicolas Suzor argues that, if we care about the future of our shared social spaces, we need a new constitutionalism: real limits on how power is exercised online. Adrien Barbaresi/ Jens Pohlmann: The IT-Blog Sphere and Its Impact on Digital Policy

Following the assumption that the IT-blog sphere represents an avant-garde of technologically and socially interested experts, Jens Pohlmann and Adrien Barbaresi presented a research platform to observe its input on the public discussion of matters situated at the intersection of technology and society. Based on text and metadata from about 400 IT-blogs from Germany and the U.S. (IT-Blog corpus), th platform allows to study the discussion regarding digital policy and compare the digital public sphere with the discourse in traditional media settings as well as the policy discussion.

Mareile Kaufmann: Hacking as a Practice of Disputing Online Surveillance Mareile Kaufmann will first introduce current debates about hackers as interrogators of surveillance. Instead of portraying hacking as a simple counterculture she seeks to complicate dichotomies of power vs. resistance, online vs. offline, and technological system vs. social practice. Based on qualitative interviews she introduces the diverse sometimes ambiguous hacking practices that question online surveillance. She will then develop the concept of dispute as capturing exactly these multiplicities. The small, but constitutive dynamics of disputing online surveillance not only create political momentum but call for a rethinking of the totality of surveillance metaphors used today. The talk is part of a larger project that explores dataveillance and answers to dataveillance. Vincent August: The Rise of Network Ideas: From Cybernetics to Governance It is now widely supposed in many democracies that the modern political campaign needs to be “data driven” to consolidate existing support and to find potential new voters and donors. The capture of data on political opinions and affiliation permits the construction of profiles on individual voters and the “micro-targeting” of increasingly precise messages to increasingly refined segments of the electorate. In view of this Colin Bennett asked to what extent should modern campaigns be allowed to “know” the electorate? He illustrated that the answer to this question relies to some extent on privacy and data protection rules, based on principles of notice and consent. But the answer also relies on deeper theoretical issues concerning democracy and political culture. How can we understand the development of data-driven elections in western democracies in broader theoretical terms? And what factors should, and will, shape the entrance and impact of micro-targeting practices into different Western democracies? The Internet Governance Forum (IGF) – which will bring 3000 Internet Policy experts from around the world to Berlin this November – has been a unique platform to address key Internet policy issues in an open and multistakeholder fashion. However, the Internet Society is concerned that the IGF community is showing signs of fatique – less highlevel attendance, diffuse outcomes, lack of stable funding sources. The IGF needs to evolve by simplifying its format, developing more tangible outcomes, and raising its profile. If the IGF doesnt become stronger and evolve with urgency, there is a risk that more top-down alternatives will gain strength, which means that discussions about the most pressing issues are taken to other spaces, and these spaces may not be open or inclusive of a wide range of stakeholders.
We need to understake strong efforts to work urgently to improve the IGF so that it remains an effective platform to address the critical challenges facing the future of the Internet. Alexander Weiß: Chinese and Indian Perceptions of the Digital Challenge for Democracy

What should a democracy know about citizens? While in times of digital surveillance and Big Data we may need new answers to this question, the general relation between digital transformation and democracy as object of democratic theory remains complex – on the one hand for the conceptual diversity of ‘digital transformation’ but also and additionally because ‘democracy’ itself is understood and conceptualized differently. In his talk, Alexander Weiß showed that the spectrum of understandings and meanings of democracy is even broader than we know from Western discourses: Democratic thought specifically reacting to regional and historical constellations is existing in all regions of the world, e.g., democratic thought from India and China has evolved in rich and diverse traditions. Before this horizon his question was: How is digital transformation perceived, framed, and evaluated in Chinese and Indian theories of democracy? Christoph Raetzsch: New Infrastructures of Publics and the Circulation of Communicative Objects The State of Digital Democratic Theory

Digitalization is often said to pose a fundamental challenge to democracy. Diagnoses range from societal polarization to algorithmic decision-making, from sidelining the institutions of democratic will formation to undermining the capacity of sovereign nation states to act. While all these challenges are actively discussed in the public there has not been much of a theoretical debate about how to react to the structural changes that societies experience in the course of the digital transformation. The panel -organized by Thorsten Thiel – adressed, whether the disinterested attitude of most theorists still suffices, or whether, how and in what regards democratic theory has to adapt its premises and perspectives in order to inform our judgment on the fast-changing societal order. Contributions came from Janosik Herder, Karoline Helbig, Alexander Weiss, Martin Oppelt, Anja Mihr, Isabella Herrmann, and Jasmin Siri. Due to the high number of submissions there has been a second part of the panel (on September 26), chaired by Jasmin Siri, with presentations by Michael Oswald, Andreas Schäfer, Thorsten Thiel, and Wulf Loh.